Dive Gordo Banks : If you’re a certified diver seeking a different kind of adventure then this is for you!

A FANTASTIC opportunity to Escape The Crowd and enjoy whale watching in the secluded waters of the East Cape.

Gordo Banks, an exhilarating deep dive in the Sea of Cortez

The underwater topography of Los Cabos is filled with seamounts that funnel currents through the area bringing nutrients to the canyons between them. These areas become feeding grounds for an abundance of fish that, in turn, attract larger predatory pelagics thanks to the high concentration of potential prey.

Seven miles offshore, from San José del Cabo marina, we find one such seamount called 'Gordo Banks'. Its highest peak lays at 31m/102ft below the surface and its rocky surface is covered with black and wire corals. The top of the seamount is usually visited by schools of jacks, snappers and creole fish which, in turn, invite predators such as tuna, wahoo, marlin, silky sharks, hound sharks and.... schooling hammerheads!

This unparalleled dive site is rich with incredible and abundant wildlife. What an unique experience to dive at Gordo Banks with schooling hammerheads, hound sharks, school of jack, rays and other pelagic … There are no guarantees in nature and shark sightings are dependent on water clarity, the depth where they choose to swim, currents, moon cycle and other things we can’t control. In any case, we can explore the bank or just have a blue water dive among shadows and shapes that shift in the blue - often to come closer and make an appearance but sometimes to just disappear from view. Squadrons of mobula ray, lone whale sharks and even humpback whales have frequented this dive site on numerous occasions. 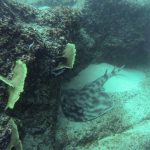 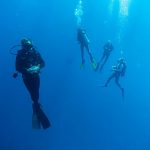 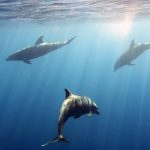 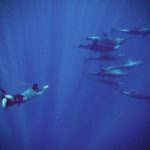 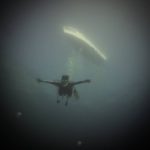 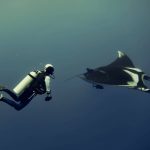 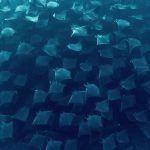 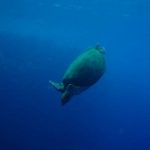 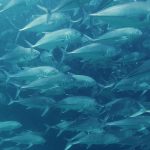 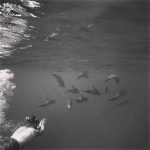 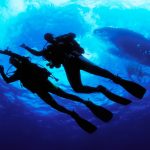 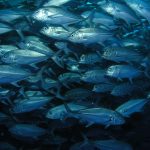 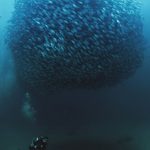 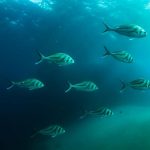 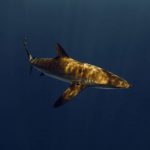 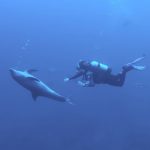 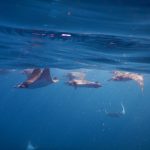 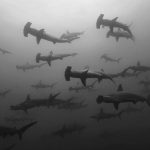 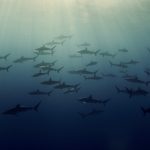 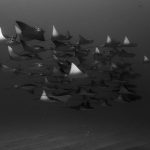 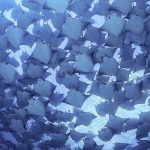 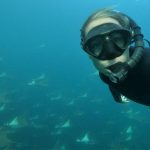 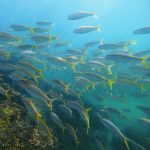 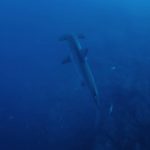 This is the place where scientists were able to witness and describe their elusive social behavior of the Scalloped Hammerhead (Sphyrna lewini) . To discover and track their amazing navigation skills moving in and out of the seamounts during the day to their feeding grounds at night. The best season to see Hammerhead sharks is from late August to January!

Every year from early winter to late spring, Los Cabos witnesses the incredible migration of humpback whales from Alaska. These beautiful animals arrive in warmer climes to engage in mating behaviour and to birth their young. Occasionally grey whales, orcas and blue whales are spotted.

The seasonal change of temperature in the water traps the plankton and attracts the Mobula Rays to the Sea of Cortez. During the months of June-Aug and Nov-Dec is when we can observe Massive schools of rays gathering at the surface during the day and even feeding at night!

Our favorite time of the year to visit Gordo banks is September to December. This is when the water temperature rises and amazing visibility allows us to spot big schools of pelagics out in the blue! 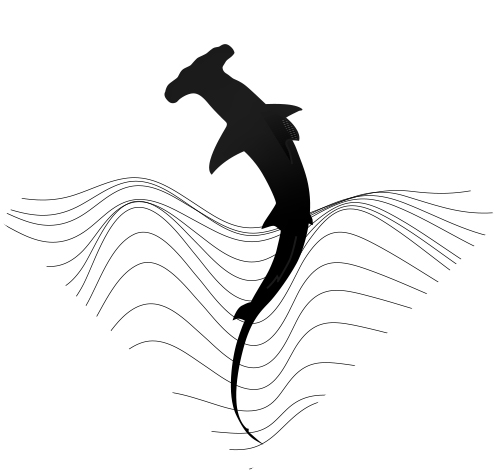 The north winds on the Sea of Cortez and the storm season can make the weather become unstable and the diving challenging. Check conditions before booking the months of February - May. Check out these tours for shark dives during Gordo Banks low season:

2.5 hours north of Los Cabos is the city of La Paz. From October to May the beautiful tranquil bay of La Paz is home to a population of Whalesharks.

Other sharks such as Mako, Silky and Blue can be found yearlong in Los Cabos with the right shark expert and only a pair of mask and fins! Inquire for more info about Shark Snorkeling in Los Cabos.

Cabo Pulmo was once a fishing village. Now they have turned their beautiful home into one of the most ground breaking marine parks in the world. A fishing ban in 1990’s led to a 425% increase in fish stocks and the return of its impressive apex predator: the bull shark. Click here for more info

Ready to explore? Let us guide you in this adventure

You can choose whether you prefer to dive standard air or Enriched Air Nitrox. Air is recommended on this bottomless dive site due to depth limits of Nitrox but we do offer this option to those who hold the certification. Maximum fills are 28%. 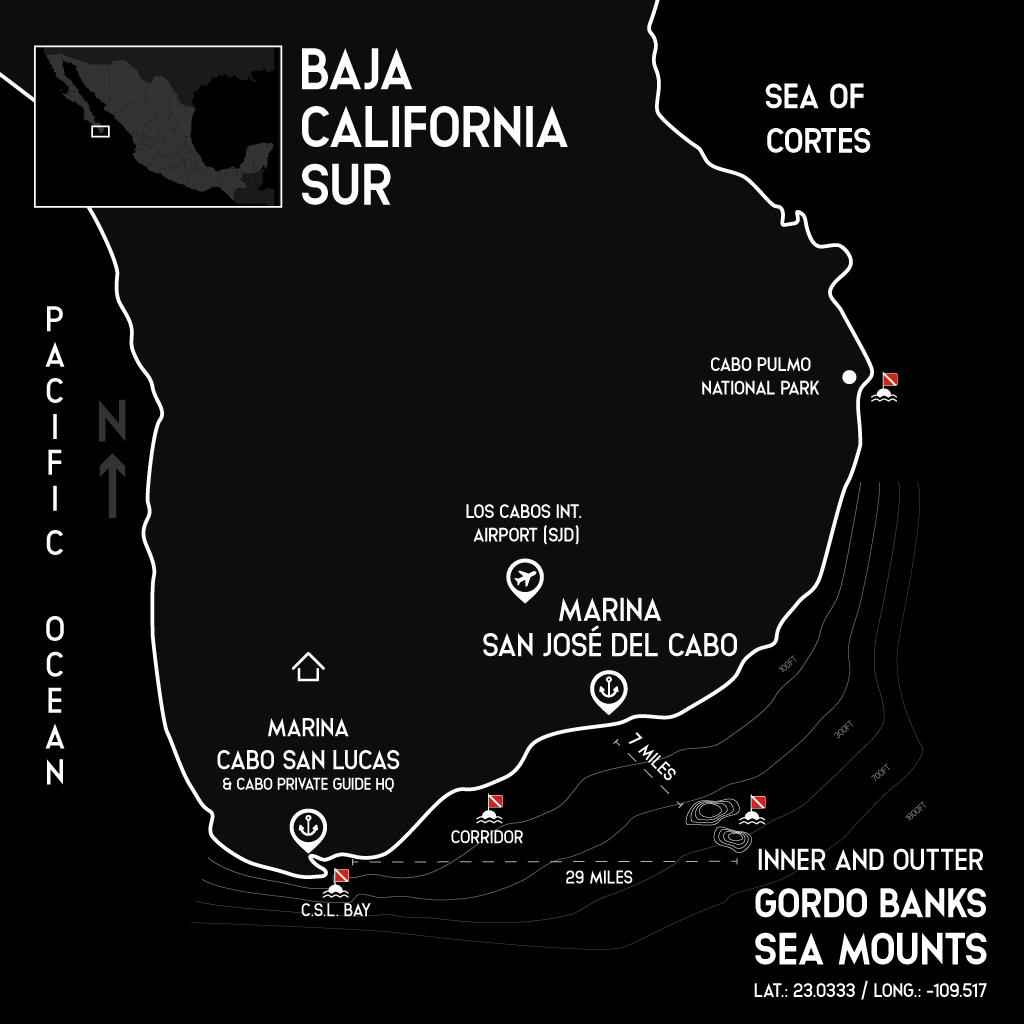 We often describe Gordo Banks as a ‘hit and miss’ dive site because nothing is guaranteed in nature and so we offer a third dive at one of the local dive sites on the way back in this package. Please check out our blog for these dive site descriptions.

A FANTASTIC opportunity to Escape The Crowd and enjoy whale watching in the secluded waters of the East Cape. The humpback whale is the most acrobatic of whales! During their annual migration from Canada to the abundant waters of Los Cabos we often see many of them breaching, slapping and fluking at the surface of the water. If we are very lucky we might even see them at the Bank!

Take an online course before your arrival about the benefits of using air with a higher oxygen content. Using ‘enriched air’ increases your maximum bottom time. This is ideal at Gordo Banks although enriched air does limit your depth. On arrival your instructor will walk you through tank analysis and go over a review of the theory.

Gordo Banks is an advanced dive site. If you’re at the Open Water level then you can elect to do the PADI Advanced Open Water course in 2 days before your Gordo Banks trip.

4 deep dives make up the specialty qualification. Take the online portion of the course before your arrival with eLearning. On Day 1, plan and make 3 deep dives ranging from 90ft/27m to maximum 130ft/40m. Complete your 4th Deep Dive at Gordo Banks

Learn about the devastating impact of overfishing and the shark finning industry has on sharks. Have a presentation and knowledge review before visiting Gordo Banks to evaluate human impact on the sharks that live there and the environment they live in. Receive a Specialty certification on completion.

On the 29th of January we made a trip to Gordo banks with a none profit organization, Mexico Azul. On the boat there was one Scuba diver and two freedivers ready for the excitement of a blue water dive. Within the first 10 minutes of our boat ride from San Jose to the underwater mounts,… 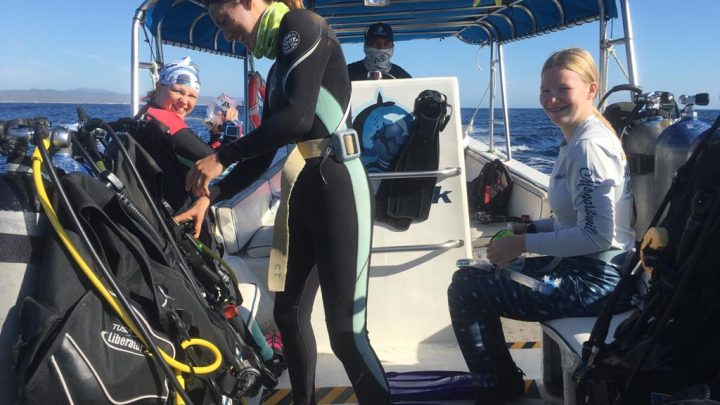 Dolphins and Hammerheads with Amy and her family

This has been a really amazing month for diving in Cabo San Lucas. We had bait balls of sardines in the bay and the Corridor area for a while now, and we were really excited for diving with Amy and her family during the week. On their last day, she decided to finish her diving… 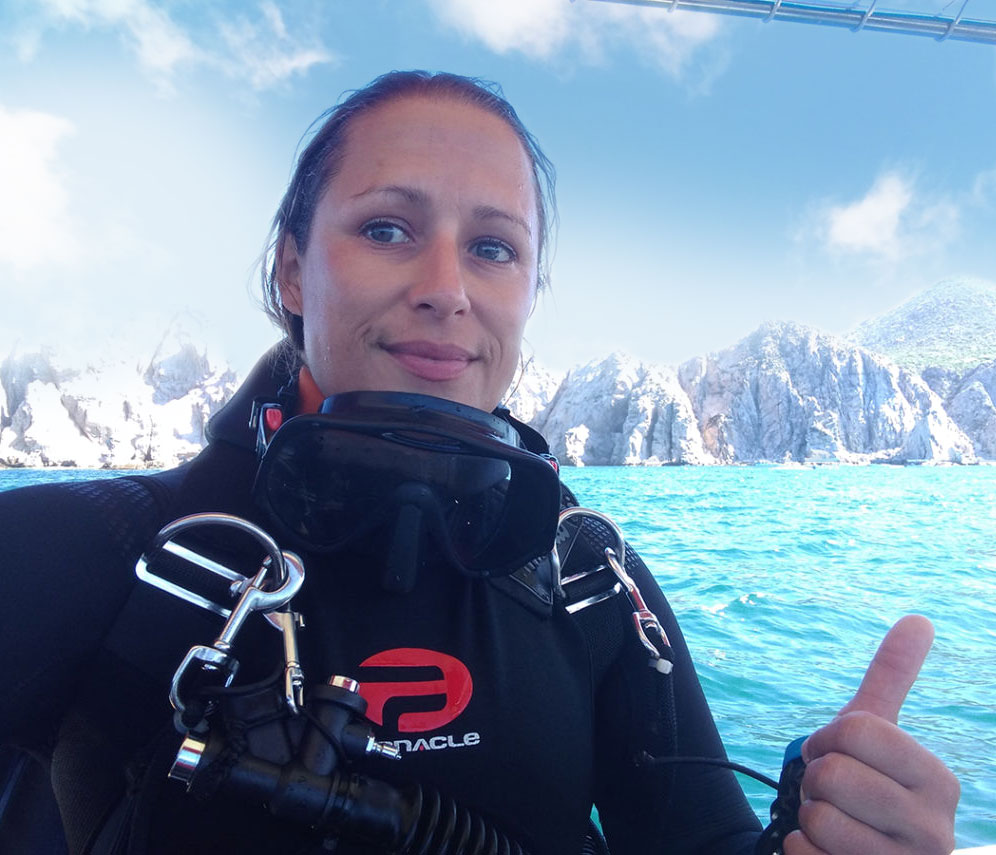 Laura is the team leader at Cabo Private Guide. After a period traveling the world as a dive center manager she finally settled down in Cabo San Lucas and created a new dive product dedicated to affordable private dive guides for a safer, better experience.

Laura has been a professional diver for 11 years and has over 5000 dives - many of them on deep blue drift dives or with sharks! Laura has a team of Specialty Instructors of equal expertise who are seasoned guides at Gordo Banks.

Laura has a team of guides of equal expertise for larger groups.

Our Boats and Pangas to Gordo Banks

We use all kinds of vessels from APEX 28ft rigid inflatable boat (RIB) to Super Pangas options with more space.

If you would like to charter a more luxurious vessel then please get in touch.

We are the number one choice for those with their own boat. Cabo Private Guide will bring equipment directly to you. 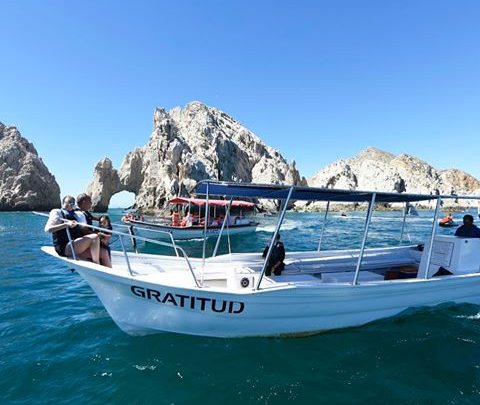 DIVE TRIP TO GORDO BANKS LEAVES AT 7AM